From 2009–2014, a research group attached to the Teacher Professionalism research programme at the Centre for Educational Research, Bergen University College (Høgskolen i Bergen), studied the kindergarten as an arena for cultural formation. The project was co-financed by the Research Council of Norway, with a total budget of approx. NOK 9 million. The key questions were:

To understand more about the way in which the content of kindergarten is defined, the project worked from different angles: how small children participate in shaping the content; what characterises the kindergarten tradition in Norway historically; and what insight can we gain by looking at it from another perspective – the Chinese tradition.

The initiative has helped to build know-how, participate in new projects and expand the research group; and, last but not least, the group is now able to contribute fresh knowledge to the kindergarten sector. Almost 50 academic articles have been published, providing new knowledge of what characterises the content of kindergarten and what a study of the concept of ‘cultural formation’ could mean.

Through working with statistical methods; variance analyses, narrative case-studies, participatory observation, comparative studies, discourse analyses and student projects, and obtained input from trainee teachers in the form of personal accounts and participatory observation, an architecture for studies of the kindergarten as an arena for cultural formation as a socially complex field is proposed.

Aspects of such studies may be habitus (ways in which people behave, feel and think), hexis (habit-formation), dynamic mechanisms (time/place/situation/relationships), perspectives of the players, and the arenas (rooms/places), artefacts (things/signs/models), themes (play/learning/meaning creation/democratic education), outcome (overall plans/curricula/ethos of teacher training), and the scope of the field (branches and interfaces to other players, local and global aspects).

Cultural formation (danning) is in this project regarded as human experience, in which children’s play and learning, the formation of identity and meaning creation, are different avenues to understanding more about how people are shaped and shape themselves. Following a European tradition, ‘danning’ was understood as a process whereby a person is enriched through education and life experience in order to become a critical and constructive citizen and an active participant in a democratic society. The researchers studied how kindergarten creates the conditions for such processes. Studies in China and cooperation with Chinese colleagues enabled to project to explore, understand and create new knowledge with a broader global perspective; how philosophical and political ideas conditions kindergarten practice. 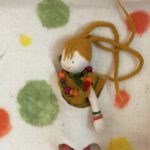 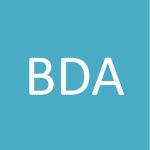